Sean McGrail served in the Royal navy from 1945 to 1968, the last sixteen years as a pilot in the fleet Air Arm, and qualified as a Master Marina. After reading for a BA at the University of Bristol, he became Assistant Keeper at the National Maritime Museum, Greenwich, and subsequently Chief Archaelogist and head of the museum's archaeological research centre. He moved to the University of Oxford as Professor of Maritime Archaeoogy in 1986 and since 1993 he has been Visiting Professor for the Centre for Maritime Archaeology, University of Southampton. 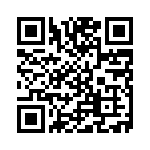