Inordinate amount of waffling, book doesn't start until many chapters in. When it gets going it's quite interesting but annoyingly sprinkled with repeated caveats and disclaimers. When you get to the ... Les hele vurderingen

Colin Gray is Professor of Politics & Strategic Studies at the University of Reading. He has dual British/American nationality and has been an advisor to British and American governments for twenty-five years. He has shaped policy on nuclear strategy, arms control and special forces. From 1982-87 he was on the President's General Advisory Committee on arms control and disarmament. 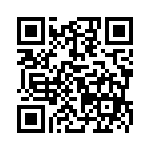