I've been meaning to pick up KILLING JODIE since a friend, who knows her True Crime mentioned the book in glowing terms. I can see what she meant. This book probably told me more about the ... Les hele vurderingen

Janet Fife-Yeomans is a bestselling author and award-winning journalist who has worked in newspapers and television in Australia and her native England. She is a leading writer on crime and legal issues and followed the incredible case of Daryl Suckling to its conclusion while working for The Australiannewspaper. She became a deputy editor at The Australianand subsequently joined executive management at News Limited. She is now chief reporter at The Daily Telegraphin Sydney. Janet's previous true crime books include The Coroner- Investigating Sudden Death, written with NSW State Coroner Derrick Hand 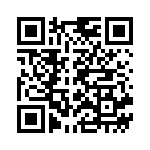