Dorian Sagan is a scientist, and is the author or co-author of numerous articles and 23 books translated into 11 languages. He has written for the New York Times, the New York Times Book Review, Wired, The Ecologist, The Times Higher Educational Supplement and many other magazines and journals. His books include Notes from the Holocene, What is Life?, Origins of Sex and Into the Cool, co-authored with Eric .D. Schneider. 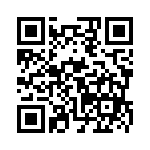