Friedrich Pukelsheim is professor emeritus of University of Augsburg, where he held the Chair for Stochastics and its Applications from 1983 to 2014. The book grew out of interdisciplinary courses and seminars on electoral systems and apportionment methods conducted during many years in Augsburg and at other academic institutions. Pukelsheim has published extensively on apportionment issues in journals of mathematics, statistics, political sciences, state law, and history. He has testified as an expert witness before legal and political bodies, including the European Parliament, the German Bundestag, and several German State Diets and Swiss Canton Parliaments. 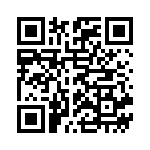