I'm sorry that this book seems very poorly represented in the collections of Librarythingers. Richard Slotkin came to understand a basic foundation of the American Myth. Americans seem to have divided ... Les hele vurderingen

Richar Slotkin is the Olin Professor of American Studies at Wesleyan University. He is the author of Gunfighter Nation and Regeneration Through Violence, both National Book Award Finalists, and The Crater. 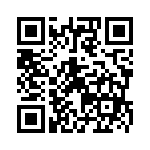