Dr. Tiago de Luca is Lecturer in Film Studies at the University of Liverpool. He is the author of Realism of the Senses in World Cinema: The Experience of Physical Reality (I.B. Tauris, 2013) and the series editor (with Lúcia Nagib) of Film Thinks: How Cinema Inspire Writers and Thinkers, and has published widely on world cinemas in journals such as Senses of Cinema, Journal of Chinese Cinemas, Cinephile, New Cinemas: Journal of Contemporary Film and Cinema Journal.

Nuno Barradas Jorge is a PhD candidate in the Department of Culture, Film and Media at the University of Nottingham. His research has appeared in the journal Adaptation, and the collections Migration in Lusophone Cinema (Palgrave Macmillan, 2014), El Juego con los Estereotipos (Peter Lang, 2012), and Directory of World Cinema: Spain (Intellect, 2011). 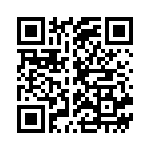