Despite the title, this anthology of essays by leading academics, authors and editors covers both horror and fantasy literature. Edward James is Professor Medieval History at University College Dublin ... Les hele vurderingen

Edward James is Professor of Medieval History at University College Dublin. He won the University of California's Eaton Prize for his book Science Fiction in the Twentieth Century (1994) and a Hugo Award for (jointly) editing The Cambridge Companion to Science Fiction. He co-wrote, with Farah Mendlesohn, A Short History of Fantasy (2009) and he has co-edited a number of other books, all of them essay collections, with Farah Mendlesohn and others. One of these is the first and only academic book on Terry Pratchett, called Terry Pratchett: Guilty of Literature (first edition 2000, shortlisted for a Hugo Award in 2001). He is currently working on book-length studies of Gregory of Tours and Lois McMaster Bujold.

Farah Mendlesohn is Reader in Science Fiction and Fantasy at Middlesex University. She was editor of Foundation: The International Review of Science Fiction from 2001 to 2007 and has also edited or co-edited several collections of essays, including Terry Pratchett: Guilty of Literature (with Edward James, first edition 2000, shortlisted for a Hugo Award in 2001). In 2003 she co-edited The Cambridge Companion to Science Fiction with Edward James (which won the Hugo Award for Best Related Book at the 2005 World Science Fiction Convention). She has edited two anthologies of original science fiction and fantasy, including Glorifying Terrorism in 2007, and co-wrote A Short History of Fantasy (with Edward James, 2009). She is probably best known for her book Rhetorics of Fantasy (2008), which is recognised as one of the most significant contributions to the study of fantasy and was shortlisted for several awards, winning the British Science Fiction Association award. She is currently working on a book on children's fantasy for Cambridge University Press (with Michael Levey) and on a study of the children's writer Geoffrey Trease. 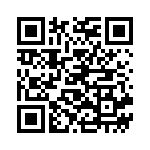