Going against much of the crowd, the first part of the work has significantly more substance than his 'Irreductions.' Latour is clearly a significant scholar on the subject of science and technology ... Les hele vurderingen

The pasteurization of France

In examining Pasteur's influence on the history and sociology of medicine, Latour focuses on the phenomenon of a theory becoming reality because it's time had come. He observes that as Napolean and ... Les hele vurderingen

Bruno LaTour was born in the French province of Burgundy, where his family has been making wine for many generations. He was educated in Dijon, where he studied philosophy and Biblical exegesis. He then went to Africa, to complete his military service, working for a French organization similar to the American Peace Corps. While in Africa he became interested in the social sciences, particularly anthropology. LaTour believes that through his interests in philosophy, theology, and anthropology, he is actually pursuing a single goal, to understand the different ways that truth is built. Throughout the 1980s and 1990s, LaTour has written about the philosophy and sociology of science in an original, insightful, and sometimes quirky way. Works that have been translated to English include The Pasteurization of France; Laboratory Life; Science in Action: How to Follow Scientists and Engineers through Society; We Have Never Been Modern; and Aramis, or the Love of Technology. LaTour is a professor at the Center for the Sociology of Innovation, a division of the Ecole Nationale Superieure des Mines, in Paris.

Alan Sheridan is the author of Michel Foucault: The Will to Truth. He has also translated over 50 books, including works by Sartre, Lacan, and Foucault. 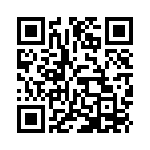