C.B. Macpherson (1911-1987) was Professor of Political Science at the University of Toronto. Widely regarded as Canada's pre-eminent political theorist of the twentieth century, he was the author of numerous books, including The Life and Times of Liberal Democracy and The Real World of Democracy, and was named to the Order of Canada, the country's highest civilian honor. 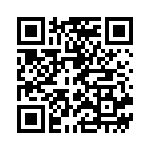