Ville Pðivðnsalo is a post doctoral researcher of social ethics in the Department of Systematic Theology at the University of Helsinki, Finland. 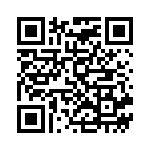