Side 103
London , 1753 ) by India , he wrote , was a subject empire “ to the inhabi -
Hanway , which contains a history of the reign of tants of which we have
guaranteed , by every pledge Shāh Sultan Husayn , the invasion of the Afghans
and that rulers ...
Side 105
importance , as well as of the family ' s background tradition passed down in the
family , Fath Alī Shāh , history . 33 Fraser briefly mentions that the three in
recognition of the martyrdom of their father , judibrothers are “ sons of Meerza
Mehdee ...
Side 112
6 Despite having suffered from Nadir Shāh ' s cruelty , his ruthless campaigns ,
his inordinate extortions and the turmoil in the wake of his assassination , many
true Khorasanis continued until recently to refer to the conqueror familiarly as ... 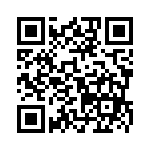