An Essay on Man

Pope's poem An Essay on Man—formulated to "vindicate the ways of God to man"—was one of the most widely disseminated and well-known publications of the 18th century, notably impacting Enlightenment ... Les hele vurderingen

Tom Jones teaches English at the University of St. Andrews. He is the author of Pope and Berkeley: The Language of Poetry and Philosophy. 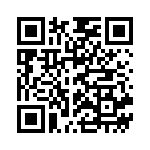