Side 183
Defendants in error claim that the city received the benefit of the money
represented by the revenue notes and is estopped to deny the right of its creditor
to loan the money. Ezra Z. Shapiro, Alfred Clum, and Gordon C. Locke, all of
Cleveland, ...
Side 437
... 1931, appellee and his attending physician, within the time stipulated in the
policy, on a form which he received with the policy, mailed a notice of his
accident to appellant, which notice was received by it, and, though the policy
provided that ...
Side 637
It is the contention of plaintiff in error that under section 710–98a, General Code,
a claim for preference cannot be considered “filed,” until it is physically received
by the superintendent of banks, or by a special deputy in charge of liquidation of
... 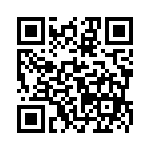