One of the century's leading musicologists, Carl Dahlhaus was the editor of reference books in the field of music history and a prolific author, primarily in the fields of musical aesthetics and theory from the middle ages to Schoenberg, and the history of music in the nineteenth and twentieth centuries. He has been described as "the most widely read (in both senses) and frequently cited musical scholar of recent times" and until his death in 1989 was Professor of the History of Music at the Technische Universitat. 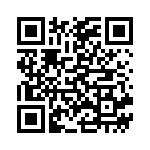