Glanville Price is Emeritus Professor of French at the University of Wales, Aberystwyth. His previous publications include The French Language, Present and Past (1971), The Languages of Britain (1984). He also rewrote and revised Byrne and Churchill's Comphrehensive French Grammar for its fourth edition, published in 1993. 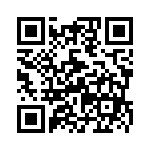