Side 29
He was at the assemblies and disputations of the learned . not ignorant , ” says
Abulpharagius , “ that they are the elect of God , his best and most useful servants
, whose lives are devoted to the improvement of their rational faculties .
Side 87
See our learned Selden ( vol . iii . p . 143-145 , 942 ) , in his Titles of Honour . It
seems , from the first books of Herodotus , to be of Persian origin . [ The adoration
of the Basileus is vividly represented in a fine miniature in a Venetian psalter ...
Side 154
388-436 ) by Theophilus Sigefrid Bayer , a learned German , who spent his life
and labours in the service of Russia . A geographical tract of d'Anville , de l'
Empire de Russie , son Origine , et ses Accroissemens ( Paris , 1772 , in 12mo ) ,
has ... 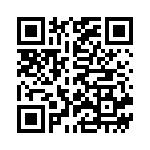