Canadian author Howard White grew up on Nelson Island, British Columbia in the 1950's. White started his career as a newspaper reporter and later wrote for magazines and science and political books. He has written in such books as The Sunshine Coast and Spilsbury Coast: Pioneer Years in the Wet West. White received the 1991 Stephen Leacock Medal for Humor for his book Writing in the Rain and the 1995 British Columbia Book Prize and the Haig Brown Regional Prize for Raincoat Chronicles. 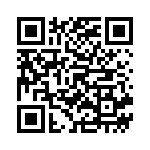