Trained as a biophysicist, American scientist Donella H. Meadows earned a Ph.D. from Harvard University. Early in her career, Meadows was a member of a joint Harvard-MIT research group that developed a computer simulation model clarifying relationships between growth and finite resources on the earth. Using this model, the Club of Rome sponsored extensive research that resulted in the best-selling book, "The Limits to Growth" (1972), co-authored by Meadows and others. Attention was focused on a doomsday prognosis if growth continued unchecked. Meadows and her associates, however, presented options for achieving a sustainable society if there were a movement away from dependence on growth, equity in wealth, and if technologies were used to enhance efficiency of natural-resource use. "Toward Global Equilibrium" (1973) and "Dynamics of Growth in a Finite World" (1974) are companion technical volumes to "The Limits to Growth." They present reports on the simulation models, examinations of economic, political, and ethical implications of the findings, and a detailed description of the computer model, World3. In addition to her research sponsored by the Club of Rome, Meadows, as one of the editors of "Groping in the Dark" (1982), fully articulates that basic human needs can be met in the future if social and political structures, as well as values, do not hinder efforts for sustainability and equity. Meadows states that equity, rather than individual and national-wealth aggrandizement, is increasingly recognized as a major factor in planetary survival. Twenty years after "The Limits to Growth," Meadows and others in "Beyond the Limits" (1992) find that some options for a sustainable future have narrowed. However, they claim that new technologies can, if employed wisely, contribute to sustainability. The book emphasizes social-policy options rather than models. After working for two years on the Club of Rome research project, Meadows became a member of the faculty at Dartmouth College where she was systems analyst and adjunct professor in the Environmental Studies Program. Meadows has a lifestyle that reflects her views about sustaining finite resources and valuing equity rather than personal economic gain. She has lived in a commune, studied Zen Buddhism, and believed that people today are ultimately responsible for a future that holds "unspeakable horrors or undreamed-of wonders." She died in 2001 from a bacterial infection. Her titles include Limits to Growth-The 30 year Update, The Electronic Oracle: Computer Models and Social Decisions and Thinking in Systems - A Primer.

Jřrgen Randers was born in 1945 in Norway. He is the professor of climate strategy at the BI Norwegian Business School, and practitioner in the field of future studies. Randers received an undergraduate degree at the University of Oslo in 1968, and a PhD at the MIT Sloan School of Management in 1973. From 1981 to 1989 he served as president of the BI Norwegian Business School, and from 1994 to 1999 as deputy director general of the World Wildlife Fund International in Switzerland. In the year 2005-06 he led the Norwegian Commission on Low Emissions, which "presented a report demonstrating how Norway could reduce her greenhouse gas emissions by 2050". Randers is professor of climate strategy at the BI Norwegian Business School. His research interests are on climate issues, scenario planning and system dynamics, especially on the topics of sustainable development, climate change and global warming mitigation. His titles include The Limits to Growth, Elements of the System Dynamics Methods, and 2052 - A Global Forecast for the Next Forty Years.

Donella Meadows, who died unexpectedly in 2001, was a systems analyst and adjunct professor of Environmental Studies at Dartmouth College and wrote the nationally syndicated newspaper column "The Global Citizen." Jorgen Randers is a policy analystis, professor and former President of the Norwegian School of Management. He is also the former Deputy Director General of WWF International. Randers lives in Oslo, Norway. Dennis Meadows is a professor of Systems Management and director of the Institute for Policy and Social Science Research at the University of New Hampshire. He lives in Durham, New Hampshire. 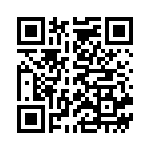