A simply told, deeply felt story of one man's search for God and grace through traditional hymns. Les hele vurderingen

Bill Henderson is the author of "The Kid That Could", a novel, & two memoirs, "His Son" & "Her Father". He is the founder & publisher of Pushcart Press & the editor of the acclaimed Pushcart Prize series. He lives on Long Island & in Maine. 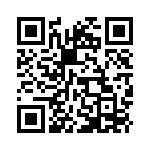