Thomas Pfau is Assistant Professor of English at Duke University. He is the editor and translator of Friedrich Hölderlin: Essays and Letters on Theory, also published by SUNY Press. 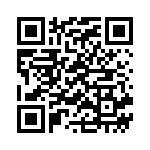