Side 112
Journal of the British Institute of Persian Studies. the population , however , were
tent dwellers , and barter was still in use in the upper Shīrīn Tagao , around
Bilcherāgh . Amongst the produce , grain and various fruits appear to have been
the ...
Side
OLD AND MIDDLE PERSIAN It is recognized that no rigid lines can be laid down
here , but it is suggested that the Old Persian syllabary should be transliterated
according to the table in Kent , Old Persian . Grammar , Texts , Lexicon , p .
Side 43
The river Pyramus , which has its dialects , though in Old Persian the word has
become source in the middle of the plain , flows through asa - . Aspa - is to be
found in a number of compound Cataonia until it breaks through the Taurus ... 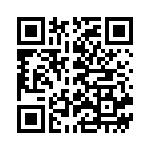