Side vi
29i The Sons and Nephews of Constantine - - 29$! Their Education - 300l
Manners of the Sarmatians 302] TheirSettleinentnear the Danube 304 S31 The
Gothic War - 305 3.54 Expulsion of the Sarmatians 307 537 Death and Funeral of
...
Side 49
i y a peace of near fifty years ; a new generation had arisen, who no longer
remembered the misfortunes of ancient days : the Sarmatians of the lake Moeotis
followed the Gothic standard either aS subjects or as allies, and their united force
...
Side 302
Manners Among the different branches of the human race, the matiansar "
Sarmatians form a very remarkable shade; as they seem to unite the manners of
the Asiatic barbarians with the figure aud complexion of the ancient inhabitants of
...
Side 303
The offensive arms of the Sarmatians were short daggers, long lances, and a
weighty how with a quiver of arrows. They were reduced to the necessity of
employing fish-bones for the points of their weapons ; but the custom of clipping
them in a ...
Side 304
In his pathetic, but sometimes unmanly lamentations40, he describes in the most
lively colours, the dress and manners, the arms and inroads of the Getae and
Sarmatians, who were associated for the purposes of destruction ; and from the ...
Neste »

That was a beast of a book. I had always wanted to read this book and the other volumes because I think it is the type of book that educated people should read. I read it in chunks throughout the ... Les hele vurderingen

Side 58 - Our curiosity is naturally prompted to inquire by what means the Christian faith obtained so remarkable a victory over the established religions of the earth. To this inquiry an obvious but satisfactory answer may be returned ; that it was owing to the convincing evidence of the doctrine itself, and to the ruling providence of its great Author.
Vises i 72 břker fra 1776-2008
Side 86 - How shall I admire, how laugh, how rejoice, how exult, when I behold so many proud monarchs, and fancied gods, groaning in the lowest abyss of darkness; so many magistrates, who persecuted the name of the Lord, liquefying in fiercer fires than they ever kindled against the Christians; so many sage philosophers blushing in red-hot...
Vises i 146 břker fra 1810-2007
Mer
Side 81 - When the promise of eternal happiness was proposed to mankind, on condition of adopting the faith, and of observing the precepts of the gospel, it is no wonder that so advantageous an offer should have been accepted by great numbers of every religion, of every rank, and of every province in the Roman empire.
Vises i 51 břker fra 1793-2008
Side 136 - The lame walked, the blind saw, the sick were healed, the dead were raised, daemons were expelled, and the laws of Nature were frequently suspended for the benefit of the church. But the sages of Greece and Rome turned aside from the awful spectacle, and, pursuing the ordinary occupations of life and study, appeared unconscious of any alterations in the moral or physical government of the world.
Vises i 119 břker fra 1810-2007
Side 228 - Turkish oppression, still exhibit a rich prospect of vineyards, of gardens, and of plentiful harvests ; and the Propontis has ever been renowned for an inexhaustible store of the most exquisite fish, that are taken in their stated seasons, without skill, and almost without labour.
Vises i 44 břker fra 1781-2007
Side 210 - The edicts, which we have published to enforce the worship of the gods, having exposed many of the Christians to danger and distress, many having suffered death, and many more, who still persist in their impious folly, being left destitute of any public exercise of religion, we are disposed to extend to those unhappy men the effects of our wonted clemency. We permit them therefore freely to profess their private opinions, and to assemble in their conventicles without fear or molestation, provided...
Vises i 47 břker fra 1810-2006
Side 239 - Constantine, framed by his order, of gilt wood, and bearing in its right hand a small image of the genius of the place, was erected on a triumphal car. The guards, carrying white tapers and clothed in their richest apparel, accompanied the solemn procession as it moved through the Hippodrome. When it was opposite to the throne of the reigning emperor, he rose from his seat, and with grateful reverence adored the memory of his predecessor.
Vises i 33 břker fra 1810-2005
Side 225 - Lycus, formed by the conflux of two little streams, pours into the harbour a perpetual supply of fresh water, which serves to cleanse the bottom and to invite the periodical shoals of fish to seek their retreat in that convenient recess. As the vicissitudes of tides are scarcely felt in those seas, the constant depth of the...
Vises i 36 břker fra 1806-2007
Side 168 - But it is certain, and we may appeal to the grateful confessions of the first Christians, that the greatest part of those magistrates who exercised in the provinces the authority of the emperor, or of the senate, and to whose hands alone the jurisdiction of life and death was intrusted, behaved...
Vises i 32 břker fra 1810-2007
Side 231 - The buildings of the new city were executed by such artificers as the reign of Constantine could afford ; but they were decorated by the hands of the most celebrated masters of the age of Pericles and Alexander. To revive the genius of Phidias and Lysippus surpassed indeed the power of a Roman emperor...
Vises i 46 břker fra 1810-2007
Mindre 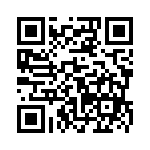