G.K. Chesterton This volume contains three of Chesterton's greatest classics on Catholic philosophy and spirituality. It includes The Everlasting Man, possibly his greatest work, which gives an ... Les hele vurderingen

This wasn't the volume of Chesterton's works that I'd actually ordered via InterLibrary Loan – they sent me the wrong one – but I read it anyway. And I'm glad that I did. Chesterton was a too-little ... Les hele vurderingen

G. K. Chesterton was one of the most beloved writers of the 20th century, quoted more often than any other writer. He wrote dozens of popular books on numerous topics, as well as thousands of essays. His books include Orthodoxy, The Everlasting Man, The Man Who Was Thursday, Father Brown Stories and many more. 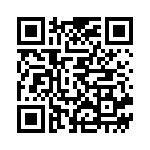