As usual, Norwich is an entertaining guide through an often-overlooked (in comparison to England, France, Spain) area of Eurpoean history. His fondness for the city, resulting in copious footnotes ... Les hele vurderingen 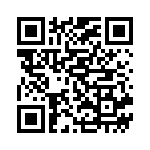