Side 37
... still the real Gospels have everything to gain , as read side by side with the
spurious , and these unfortunate compositions , as Ellicott calls them , have
assuredly some measure of literary interest ; and especially in this age , when
everything ...
Side 94
On one side of the chair , and near one end of the table , is placed a paper and
bamboo representation of a male servant , called the “ golden lad ; ' and on the
other side of the chair , and near the other end of the table , is placed a ...
Side 330
... he not constantly been by the side of the fiery and impetuous Luther ; had he ,
for instance , been in the same way in Rotterdam with Erasmus ; it is certain that
he possessed a keen sense of the justice of truth , and while weighing arguments
... 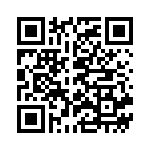