Karl Heinrich Marx, one of the fathers of communism, was born on May 5, 1818 in Trier, Germany. He was educated at a variety of German colleges, including the University of Jena. He was an editor of socialist periodicals and a key figure in the Working Man's Association. Marx co-wrote his best-known work, "The Communist Manifesto" (1848), with his friend, Friedrich Engels. Marx's most important work, however, may be "Das Kapital" (1867), an analysis of the economics of capitalism. He died on March 14, 1883 in London, England.

Karl Marx was an influential 19th-century philosopher, economist, journalist, and revolutionary. His historical and sociological ideas held sway over generations of scholars, and his incisive descriptions of the workings and effects of capitalism inspired both revolution and reform. 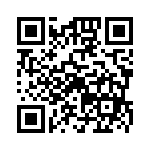