Side
... through six mouths received into the Euxine, which appears scarcely equal to
such an accession of waters.78 The provinces of the Danube soon acquired the
general appellation of Illyricum, or the Illyrian frontier,79 and were esteemed the
...
Side
... and sixty-three thousand men, able to bear arms in the service of their country.
23 When the allies of Rome claimed an equal share of honours and privileges,
the senate indeed preferred the chance of arms to an ignominious concession.
Side
Their partial distinctions were obliterated, and they insensibly coalesced into one
great nation, united by language, manners, and civil institutions, and equal to the
weight of a powerful empire. The republic gloried in her generous policy, and ...
Side
... it seems probable, that there existed, in the time of Claudius, about twice as
many provincials as there were citizens, of either sex, and of every age; and that
the slaves were at least equal in number to the free inhabitants of the Roman
world.
Side
In the commonwealths of Athens and Rome, the modest simplicity of private
houses announced the equal condition of freedom; whilst the sovereignty of the
people was represented in the majestic edifices destined to the public use;71 nor
was ...
Neste »

Edward Gibbon (1737-94) studied briefly at Magdalen College, Oxford and at Lausanne, Switzerland before being elected to Parliament in 1774. DECLINE & FALL was written over 12 years and established his reputation as a pre-eminent Classical historian.
David Womersley, Official Fellow and Tutor in English Literature at Jesus College Oxford, is the author of The Transformation of the Decline & Fall of the Roman Empire (CUP) and edited the 3-volume edition of DECLINE & FALL for Penguin Classics. 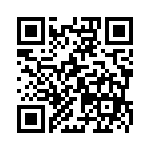