Side 44
This is the only passage in a Zoroastrian text which speaks explicitly of inserting
one entire month , or more into the calendar . The last year described in this
chapter is the one " whose shape is that of the moon ” ( read , presumably , sāl 7
...
Side 47
the tenth and eleventh centuries say that , at some time in the Sasanian period ,
the Persians intercalat - ed at least one whole month ; Bērūnī makes it at least
two . But if this had really been the case , then the cale endar which the Persians
...
Side 49
The Egyptians , like the Iranians , had twelve months of 30 days each , plus five
monthless days ( the Egyptian “ little month ” , or , in Greek termi - nology , the
epagomenai ) . Since the Egyptian , the Persian and the Sogdian - Choresmian ... 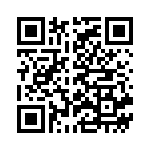