James E. Will was formerly Henry Pfeiffer Professor of Systematic Theology at Garrett-Evangelical Theological Seminary in Evanston, Illinois. He is the author of A Christology of Peace and The Universal God, both published by WJK. 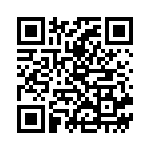