Side 335
Release w16 Under New York law , relief against Decided March 20 , 1963 .
mistake because of unknown injuries cannot be cut off simply by inserting
sufAction by guardian on behalf of inficiently broad language in release . jured
automobile ...
Side 513
The United States District Court Emanuel Dannett , of McGoldrick , Danfor the
Southern District of New York , nett , Horowitz & Golub , New York City Dudley B .
Bonsal , J . , dismissed the com - ( Herbert D . Schwartzman , of McGoldplaint ,
and ...
Side 596
Both the beneficiary and the insured were New York The substantive questions
presented on residents . Opposed to this are the facts this appeal are ( 1 )
whether , under the that the insurer is a Pennsylvania corapplicable law , Chase '
s ... 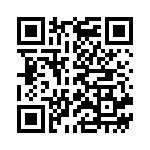