Side 58
The soldiers were in tumult, and seditiously prayed to be cashiered ; not that they
so meant, but by expostulation thereof to draw Caesar to other conditions ;
wherein he being resolute not to give way, after some silence, he began his
speech, ...
Side 59
taken his surname ; ' Non Rex sum, sed Caesar ' ; a Bpeeoh, that if it be searched
, the life and fullness of it can scarce be expressed. For, first, it was a refusal of
the name, but yet not serious : again, it did signify an infinite confidence and ...
Side 210
So Caesar, when he went first into Gaul, made no scruple to profess ' That he had
rather be first in a village than second at Rome.' So again, as soon as he had
begun the war, we see what Cicero saith of him, ' Alter ' (meaning of Caesar) '
non ... 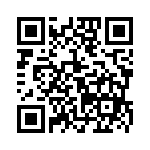