John Brown was first and foremost a religious warrior, a Christian jihadist, committed to the duality of spiritual and military struggle. Decaro gets this, and helpfully focuses on the fine religious ... Les hele vurderingen

"Fire from the midst of you": a religious life of John Brown

When abolitionist martyr John Brown led an armed raid on Harper's Ferry, VA, in October 1859, he helped set the stage for the American Civil War. Yet as pastor and educator DeCaro points out, Brown ... Les hele vurderingen

Side 12 - So I returned and considered all the oppressions that are done under the sun: and behold the tears of such as were oppressed, and they had no comforter; and on the side of their oppressors there was power; but they had no comforter.
Vises i 743 břker fra 1611-2008
Side 68 - BLOW ye the trumpet, blow ! The gladly solemn sound, Let all the nations know, To earth's remotest bound, The year of jubilee is come : Return, ye ransomed sinners, home.
Vises i 565 břker fra 1801-2008
Mer
Side 51 - God the great Creator of all things, doth uphold, direct, dispose and govern all creatures, actions, and things, from the greatest even to the least, by his most wise and holy providence, according to his infallible fore-knowledge, and the free and immutable counsel of his own will, to the praise of the glory of his wisdom, power, justice, goodness and mercy.
Vises i 165 břker fra 1584-2008
Side 84 - Ye shall do no unrighteousness in judgment: thou shalt not respect the person of the poor, nor honour the person of the mighty: but in righteousness shalt thou judge thy neighbour.
Vises i 559 břker fra 1799-2007
Side 96 - VANITY of vanities, saith the Preacher, vanity of vanities; all is vanity. What profit hath a man of all his labour which he taketh under the sun ? One generation passeth away, and another generation cometh : but the earth abideth for ever.
Vises i 887 břker fra 1611-2008
Side 109 - Oh that my head were waters, and mine eyes a fountain of tears, that I might weep day and night for the slain of the daughter of my people...
Vises i 1126 břker fra 1772-2008
Side 31 - And he that stealeth a man, and selleth him, or if he be found in his hand, he shall surely be put to death.
Vises i 861 břker fra 1803-2008
Side 240 - I the Lord have called thee in righteousness, and will hold thine hand, and will keep thee and give thee for a covenant of the people, for a light of the Gentiles; to open the blind eyes, to bring out the prisoners from the prison, and them that sit in darkness out of the prison house.
Vises i 824 břker fra 1694-2008
Side 68 - Through all the world proclaim. The year, &c. 3 Ye who have sold for nought Your heritage above, Shall have it back, unbought, The gift of Jesus' love. The year, &c. 4 Ye slaves of sin and hell, Your liberty receive ; And safe in Jesus dwell, And blest in Jesus live. The year, &c.
Vises i 265 břker fra 1801-2006
Mindre

Louis A. DeCaro, Jr., is Associate Professor of Church History at Alliance Theological Seminary, and is the author of "Fire from the Midst of You": A Religious Life of John Brown and Freedom's Dawn: The Last Days of John Brown in Virginia. 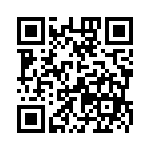