Rodney Johnson is a gifted writer, speaker, worship leader, and a veteran of the real estate industry for nearly twenty years. An experienced real estate broker, Rodney has been personally involved in property transfers totaling well-over a hundred million dollars. He has been the top CENTURY 21 Fine Homes and Estatesż agent in Californiażs San Fernando Valley since 2001. Rodney has also been featured on HGTVżs number one rated television program, żHouse Hunters.ż

A prolific and best-selling author, Pastor Hayford has himself penned more than three dozen books, and 600 hymns and chorusesżincluding the internationally known and widely recorded żMajesty.ż He is perhaps best known, however, as founding pastor of The Church on the Way (TCOTW), the First Foursquare Church of Van Nuys, California. His service to TCOTW, which began as a temporary assignment to pastor 18 people in 1969, continued fruitfully for more than three decades as the congregation grew to more than 10,000 active members. 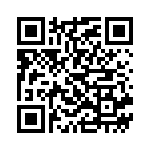