Richard C. Kagan, professor emeritus at Hamline University in St. Paul, Minnesota, USA is the author of a biography of Chen Shui-bian, the current president of Taiwan, and has edited and contributed to many books and journal articles. 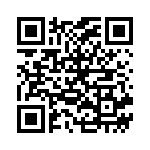