Side 42
As a result Reric was rebuilt and , it seems , fortified . 61 Of particular note are the
considerable quantities of Rhenish artifacts from the early ninthcentury levels at
Haithabu and Ribe ; these stand in stark contrast to the few such finds from the ...
Side 95
This was apparently a wealthy merchantman with room for a cargo of 900
amphorae ; Sutton Hoo , by contrast , was a great open rowing boat , almost 27 m
long , with scarcely any room except for its rowers . Sutton Hoo is a fair
representative ...
Side 173
By contrast , Lund , while it has a distinctive artisan community , vividly exposed
by the recent archaeological investigations , was a relatively small town in
demographic terms , with a population of possibly 200 in contrast , for example ,
to the ... 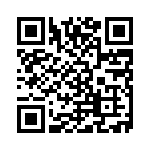