Side 127
It is difficult , indeed impossible , to accept saga notions of Jomsborg as a warrior
community of men between the ages of 18 and so , their services for sale to the
highest bidder , bound by iron laws to keep peace among themselves and ...
Side 128
Styrbjorn Starki , nephew of the Swedish king Eirik Sigrsćll ( the Victorious ) ,
and husband of Thyri , Harald ' s daughter , led an expedition in which vikings
from Jomsborg - Wollin or Danes generally were involved , against his uncle and
...
Side 473
presumably the and viking community at Jomsborg , Sitones of Tacitus , and a
Lapp tribe possibly produced by late historians or people , 25 ; the name
confused and antiquaries from their know with an Old Norse word for woman ,
ledge of the ... 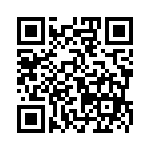