MICHAEL E. SALLA is an Assistant Professor in the School of International Service, American University. Previously he was a lecturer at the Australian National University. He has been involved in non-offical peacemaking efforts for ethnic conflicts in East Timor and Kosovo since 1995. He is the author of Islamic Radicalism, Muslim Nations and the West and co-editor of Why the Cold War Ended (Greenwood Press, 1995). 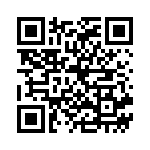