Joan Hohl was born June 13, 1935 in United States. She worked at several jobs, some sales clerking, but primarily factory work. At 40, she began writing, and three years later she published her first novel. Joan Hohl has written about fifty novels in over twenty years. She is creditied at being one of the first if not the first author to write male point of view in category romance novels. She has received numerous awards including the Romance Writers of America Rita Award, the Romantic Times' Reviewer's Choice Award, the Sensuous Writer of the Year Award, and the 1986 Romance Writers of America Golden Medallion for A Much Needed Holiday. She also writes under the pseudonyms of Amii Lorin and Paula Roberts. 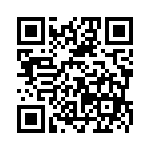