Side 4
The extraordinary circumstances of pomp and majesty , with which , fir Henry
says , that play was set forth , and the particular incident of certain cannons foot of
at tbe king's entry to a masque at the cardinal Wolfoy's bouse , ( by which the ...
Side 240
Go to the people , says Volumnia , and appear before them in a supplicating
attitude , with thy bonnet in thy hand , thy ... as the ripeft mulberry : or , if these
filent gestures of fupplication do not move them , add words , and say to them , &
c .
Side 373
He was my friend , faithful and just to me : But Brutus says , he was ambitious And
Brutus is an honourable man . He hath brought many captives home to Rome ,
Whose ransoms did the general coffers fill : Did this in Cĉsar feem ambitious ? 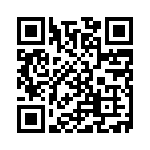