Side 37
The dissenting judge in the Court of Appeals thought that this was an
oversimplification, pointing to the fact that the word “conduct” in the previously
quoted sentence from Grady is modified by the phrase " 'that constitutes an
offense for which ...
Side 325
White, J., delivered the opinion of the Court, in which Rehnquist, C. J., and Scalia,
Souter, and Thomas, JJ., joined. O'Connor, J ., filed a dissenting opinion, in which
Blackmun, Stevens, and Kennedy, JJ., joined. Kennedy, J ., filed a dissenting ...
Side 438
KENNEDY, J., joined by REHNQUIS'I', Ch. J., dissenting, expressed the view that
(1) the conditions for incarceration imposed by Louisiana were in accord with
legitimate and traditional state interests, vindicated after full and fair procedures;
... 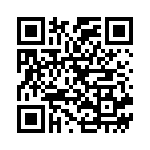