Side 377
John Julius Norwich. my ; the roo far and qed most The next morning , soon after
first light , Charles led his army forward . He and his 10 , 000 men were fully
arrayed for battle , but in a last tenuous hope of avoiding open conflict he
resolved to ...
Side 428
Early in May a large army entered Italy under the command of Gian Giacomo
Trivulzio , now sixty - five , and of Louis , Seigneur de La Trémoille , both veterans
of the Italian wars since the days of Charles VIII ; and on the 1sth of the month ...
Side 556
the new arrivals for the fray that , refusing even to wait for the remainder of the
army , they launched their own attack at dawn on 25 June . It began badly : the
first body of troops on whom they opened fire proved to be a recently arrived ... 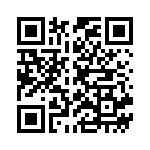