Sir Bernard Crick was Emeritus Professor of Politics, Birkbeck College, University of London, UK, and Honorary Fellow in Politics at the University of Edinburgh, UK. He was chairman of the advisory group on The Teaching of Citizenship and Democracy in Schools and was presented with the Political Studies Association's Fiftieth Anniversary Award for lifetime achievement in political studies in 2000. 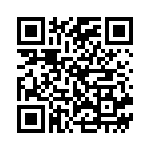