A fascinating story of the Eveny people of Siberia; I heard an interview with the author on "To the Best of Our Knowledge" and had to go out and read the book. Vitebsky recounts several of his visits ... Les hele vurderingen

A remarkable insight into the life and culture of the Eveny, Vitebsky is not only a scholar but also a gifted writer, who is able to vividly bring to life the people, the land and animals he met ... Les hele vurderingen

PIERS VITEBSKY is the head of anthropology and Russian northern studies at the Scott Polar Research Institute at the University of Cambridge. His previous books include Shamanism and Dialogues with the Dead: The Discussion of Mortality Among the Sora of Eastern India. The Reindeer People has been selected as a finalist for the 2006 Kiriyama Prize in nonfiction. 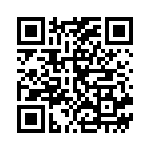