Side
9d . net . The French regard La Fontaine as one of their greatest poets . He is
certainly the most popular , and French literature is so permeated with his fables
that an intimate acquaintance with them is necessary in order to understand it .
Side
In his “ Causeries , ” which cover almost the whole field of French literature , and
from which these selections are taken , Sainte - Beuve , considered by some to
be the greatest literary critic the world has ever seen , has given us descriptions
of ...
Side
Living French By R . T , HOLBROOK . 12mo , cloth , 480 pages , 6s . 6d , net .
THIS “ New Course in Reading , Writing , and Speaking the French Language " is
based on the assumption that the student is not learning French in France , and ... 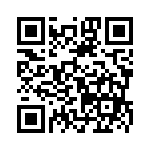