Iain Hampsher-Monk is Professor of Political Theory at the University of Exeter and Editor of the international Journal History of Political Thought. 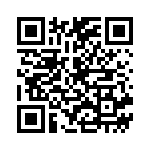