Jean H. Baker is a Professor of History at Goucher College. She was a National Endowment for the Humanities fellow in 1982. In 1979 she was an editor for Maryland Historical Magazine. She is a member of the Organization of American Historians, the American Historical Association, and the Conference of Women Historians. Her publications include The Civil War and Reconstruction, The Politics of Continuity, and Ambivalent Americans. She has also written several stories on suffragists including Lucy Stone, Susan B. Anthony, Alice Paul, and Frances Willard. 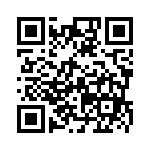