Political Corruption in America: An Encyclopedia of Scandals, Power, and Greed

Illustrated with political cartoons, photos of key figures such as Abe Fortas and Archibald Cox, graphs showing the number of presidential pardons, and tables depicting the number of expulsions and ... Les hele vurderingen

Mark Grossman is a professional writer specializing in American and world history, constitutional law, and the environment. He is the author of ABC-CLIO's award-winning books Encyclopedia of the Persian Gulf War and Encyclopedia of the United States Cabinet. 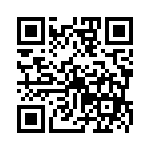