Side 876
The United States will not , for example , admit that the failure of an American
citizen to be matriculated in accordance with the provisions of a statute of a
foreign State where he may reside , deprives him of the protection of his own
government ...
Side 934
10 See , for example , Clyde Dyches Case , Opinions of Commissioners ,
convention of Sept . 8 , 1923 , United States and Mexico , 1929 Vol . , 193 . See ,
also , Abraham Solomon Case , American and Panamanian General Claims
Arbitration ...
Side 1226
same mission who is not so designated , such , for example , as a “ first secretary
. ” 5 The diplomatic lists published by the Department of State record the
disposition of foreign States to designate as counselors of embassy or legation ,
or as ... 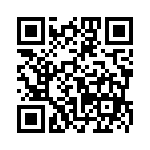