Travis Elborough is the author of four acclaimed books, The Bus We Loved, a history of the Routemaster bus; The Long Player Goodbye, a hymn to vinyl records; Wish You Were Here, a history of the British beside the seaside; and London Bridge in America, which tells the transatlantic story of the sale of the world's largest antique. Travis regularly appears on Radio 4 and writes for the Guardian. 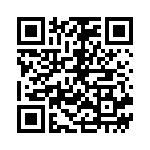